You are here: Accueil › The Liege Port Authority › Geographical location

The Liege Port Authority is ideally situated at the centre of the world's most extensive navigable network: the Rhine-Schelde-Meuse basin (20,000 km), the Port of Liege, the leading inland port in Belgium and the third largest European port, offers seamless access to the major European ports:

The recent opening of the Rhine-Main-Danube route enables vessels to travel through the West European network so they can enjoy easy access to Eastern Europe.

Liege is recognised as an intermodal transport centre ideally located near to the Netherlands, Germany and France, at the hub of the most tightly-knit road, rail and river network in Europe. Not forgetting the adjacency of an international high-speed train centre in the centre of Liege plus Liege Airport (8th largest freight airport in Europe). 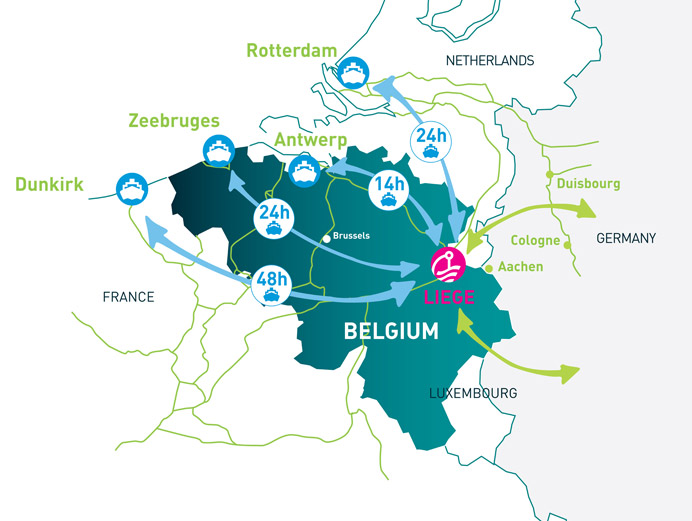